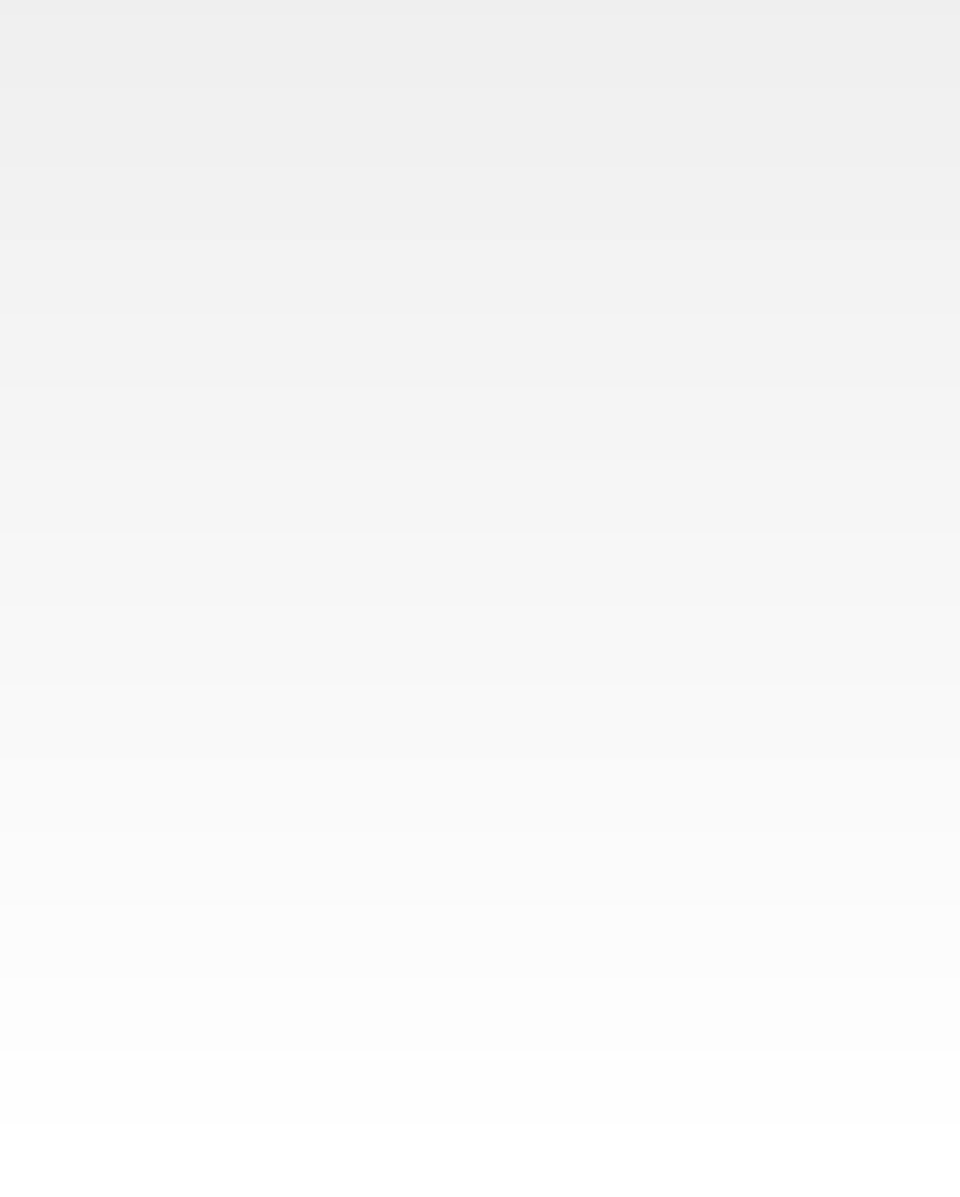 The future and final part of Parksmart is to erect street nameplates all over the city core zones - over one hundred and fifty signs should do it! 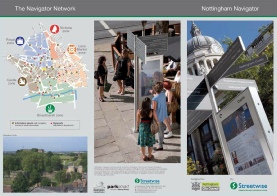 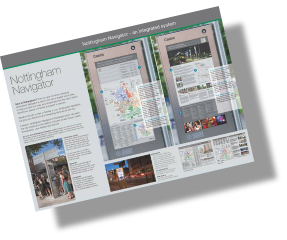 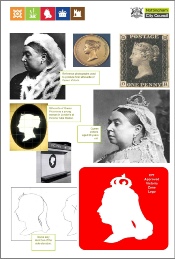 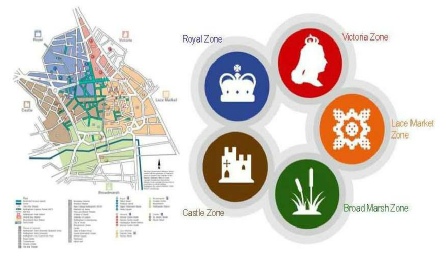 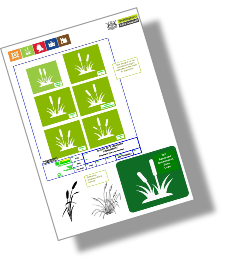 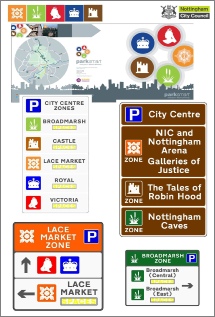 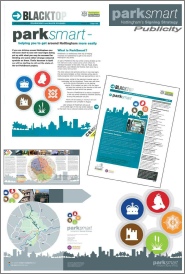 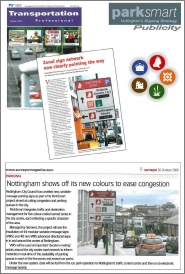 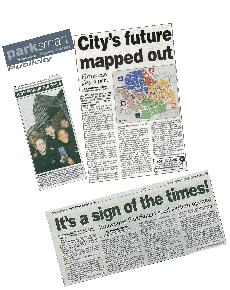 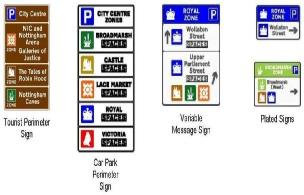 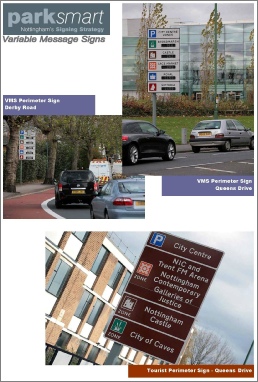 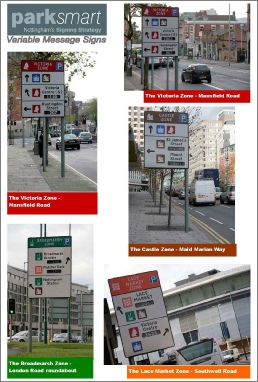 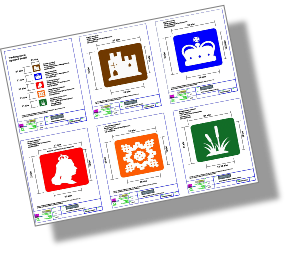 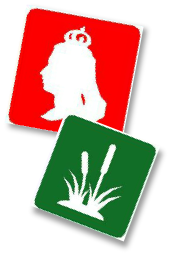 I was the Senior Engineer for the Parksmart project - a project directing motorists to those car parks or Park & Ride sites most closely linked with the attractions or areas of the city of Nottingham that they were heading for, rather than pointing them in the general direction of the city centre and hoping they would work out the rest for themselves. Zonal branding of core areas of the city centre was key to helping the motorist understand which zone they were in at-a-glance so they could quickly make informed choices on their final location to reduce congestion in the city

The project team and I developed the concept colour and zonal branding designs which had to be clearly recognised on our new road signs in accordance with the TSRGD Traffic Signs Regulations & General Directions. The use of non-standard signs, however, required approval from the Department for Transport - the Council’s whole signing strategy depended on the Parksmart project zonal concept being approved before proceeding. We submitted the designs to the DfT but only two were approved; the Royal and Castle zones

The project finance was in jeopardy so I urgently redesigned and illustrated the remaining three zones again before the project could proceed.

The DfT subsequently approved my logo designs on September 6th 2007 and approval was given in the form of a work package to me by the Client to proceed with full contract design.

With the hard efforts of the design team and Siemens, three years later Parksmart was successfully delivered on time and within budget.